Fridays are typically “Letters to Gus” here. However, nothing is typical in the world right now. We have COVID-19 disrupting our standard way of life and another batch of protests recalling our attention to America’s original sin: racism. I hope to resume “Letters to Gus” next week.

Mostly, we misunderstand the way the world works. We see a problem, we apply a solution, and we believe that the problem is fixed.

In the last two weeks, for example, I have had two flat tires in two different vehicles. Our Honda Civic is in the shop right now, getting four new tires. I’ll drive it home later today, and for the next 60,000 miles, I’ll operate that vehicle as if the solution were permanent. But, as anyone who has ever owned a car for any length of time knows, the tires will wear, the car will fall into disrepair, and I’ll have to work—either directly, playing mechanic, or indirectly, paying mechanic—to keep the car on the road.

The misunderstanding, of course, comes from this idea of permanence. We tell ourselves that the world, or at least parts of it, are permanent. It’s always been like this and it will always be like this. But this, of course, is not true. To quote the great sage Bob Dylan: “Everything passes, everything changes…” (from "To Ramona"). Or, as that other sage, the Buddha says: "All created things are transitory" (Dhammapada 277, Easwaran translation).

I like to use a balloon to illustrate this. Imagine that you’ve got a balloon. Maybe this balloon has some air in it, but it’s far from fully inflated. As you hold this balloon, you have three options:

If you choose to blow air into the balloon, then it will inflate. The balloon’s volume will grow, its borders will expand, and it will become more and more buoyant.

If you choose to suck air out of the balloon, the opposite will happen. It will deflate, its borders will contract, and it will become less buoyant, lying on the floor, shriveled and weak.

If you choose to do nothing, then the balloon will remain just as it is. But, of course, we all know that statement is not at all true. When a child is given a balloon at a birthday party, she enjoys the balloon for a day, but the next day she will wake up to find that the balloon isn’t as buoyant as it was. The helium slowly leaks out of it, and, given enough time, the balloon will eventually lie on the floor, a tiny little version of what it once was.

This is the way of the universe.

The world does not naturally fall from chaos into order. Someone has to make order in the midst of the chaos. This is why, for example, ancient Israelite thinkers posited a creative God who took what was “formless and void” and reorganized it into the world that we see today (see Genesis 1). Many cultures, noticing that order falls into chaos, have come to the same conclusion: in order for any order to exist in the universe, there must be something combating the chaos.

Just as my Honda needs the efforts of me and my mechanic to keep it from disintegrating, so also the balloon needs me and my breath (or my helium tank) to keep it afloat. If left to its own, it will lose its air and go flat.

Our social systems are no different.

Very simple! Because I haven’t actively maintained those relationships. I’ve allowed them to fall into disrepair. With Natalie, however, I have worked on a daily basis to continue to bring order to the chaos. (Readers of "Letters to Gus" will know what kind of chaos we are talking about!) By paying attention to our relationship, we inflate the balloon and keep things afloat.

This illustrates a larger principle that I often talk about:

What we pay attention to grows.

This is simply the way of things.

We can look beyond individual relationships, however, and see the ways in which larger social systems also obey this principle. Today is Juneteenth, so it might be helpful to turn an eye to race relations in this country. (This topic especially hits home for me, having grown up very close to Galveston Island and still living just a 90-minute drive from where General Gordon Granger landed and first revealed the long-held secret: Lincoln had freed the slaves.)

For several centuries, the standard mode in this country was to enslave and oppress certain groups of people, especially (but not solely) those of African descent and those of indigenous heritage. Enslavers and oppressors sucked the air out of the human rights balloon by establishing a system that treated these people as less than human, that ignored the American credo that “all men [and women] are created equal.”

With the defeat of the Confederacy in April 1865, however, and then the legal dismantling of Jim Crow via the Civil Rights movements of the 1950s and 1960s, the country moved from actively deflating the human rights balloon to blowing some air into it. These were great and important events that forever changed the trajectory of human rights in this country!

Moreover, I would argue that, at least in my lifetime, the prevailing attitude has become that we—and I’m writing as a white American here—should live up to the ideas of equality that the country was (supposedly) founded upon. (I say “supposedly” here because I’ve read Langston Hughes’s “Let America Be America Again” too many times to believe that equality was the birthright and the promise for all who have inhabited these lands these past 244 years.) That is to say: I know very few people who are consciously and actively trying to suck air out of the human rights balloon. As I live and breathe, I don’t see many people who are overtly bigoted, outwardly proclaiming white supremacy and white nationalism as the ideal. They look back at the Jim Crow era with horror: “How could we have possibly thought that was okay?” By and large, the people I run into are good people trying to do the best they can.

(This is not to say, of course, that there aren’t some who are still bigoted, some who are still willing to don the white robes of the Ku Klux Klan. I'm just not personally acquainted with them. We are, after all, living in a moment when a presidential campaign appears to have disseminated advertisements using NAZI iconography.)

Unfortunately, however, most of us—and I have certainly been guilty here—have looked at the Civil War and the Civil Rights movements and thought: “Done! We’ve got a constitutional amendment and some laws in place to ensure equal rights regardless of race or ethnicity. Everything’s fixed!”

But that’s not the way things work. The car falls into disrepair. The balloon deflates. Right?

The inertia of the United States still tends toward the chaos and disrepair of racial injustice. Left to its own devices, the country descends more and more and more into that injustice. While most of us no longer actively deflate the balloon, we have become complacent, content to tie the balloon off and believe that it will stay inflated forever. We look to the fact that the 44th president was a black man named "Barack" and we feel like we're past all of that, like we've mended the problem forever.

But that’s not the case.

The balloon won’t stay inflated forever. Like all systems, it needs to be maintained. We need to blow air into it in order to continue to expand its borders, to increase its volume, to spread justice and harmony, liberty and equality, the “promissory note” that Martin Luther King, Jr. spoke about nearly 57 years ago at the March on Washington.

Justice is not something that we do once. Justice is a continual act that requires constant vigilance and calibration. To achieve justice, we have to be willing to step out of our individual concerns, to see the whole picture as objectively as possible, to step into the shoes of another and reach beyond empathy and toward compassion. We have to live up to the “do unto others” ideal expressed in every religion and creed, to seek what’s best not just for “me” but for “we.” We have to remember the words of Cornel West:

Never forget that justice is what love looks like in public.

In short, we have to constantly pump air into the balloon.

Therefore, I have to ask myself:

Today is Juneteenth, a celebration of the freedom finally granted to a people who had been enslaved since before this country was founded. Our work, moving forward, is to manifest love in public, to work always toward justice, to free the captive and the oppressed, to heal those our nation has wounded.

When will it end?
Never.

We must always work toward justice; we must always manifest love in public. We must always keep the balloons filled so that they may bear us all up. The more we work "to establish justice, insure domestic tranquility" (The Constitution of the United States), the closer we will get to that asymptote of unity, the "more perfect union" which the Constitution aims us toward.

Keep inflating the balloon because this balloon has an infinite capacity; it can never be popped.

Get the latest posts delivered right to your inbox 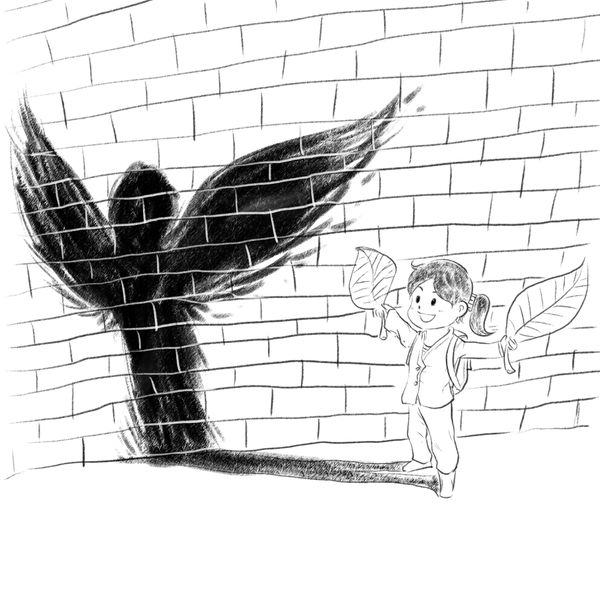 My mind drifted to Indiana Jones and Harry Potter. I wondered if you were a Parselmouth and whether you secretly longed to join Slytherin House.

As the country reels in the wake of the horrible death of George Floyd and seeks to ease the suffocating pain of the COVID pandemic, I must acknowledge a very hard truth.