I’ve wanted to be a writer for most of my life. When I was a kid, for example, I used to haul around a spiral notebook where I’d write out my latest sci-fi story. I really wanted to be the next Arthur C. Clarke or Isaac Asimov or Ray Bradbury. I’d open up the notebook and put “CHAPTER ONE” at the top of the page and then start writing.

Unfortunately, I never seemed to have a chapter two in me. I’d reach some stopping point, stall out, and then never touch the story again.

To be honest, this continues to happen to me. For example, right now, I am redrafting a novel that I wrote a couple of years ago. As I’m doing that, the muses gifted me with another idea that I had to write down. I put it in my notes. Those notes became scene ideas. Those scene ideas became chunks of a draft. Now I’m several pages into a new story and the novel rewriting project hasn’t been touched in a week.

When I was a kid, after giving up on story after story, I lost my motivation. I stopped dreaming about being a writer because it seemed so impossible. How could anyone ever possibly get to “THE END”? So, I shelved that dream until I was in my late twenties. My partner, Natalie, had begun a successful photography career and I could see how her artistic work was bringing her fulfillment. She’s a storyteller—like me!—by nature, and she enjoyed telling other people’s stories through her photographs. She encouraged me, as she always does, to pick up the pen and go for it again.

It’s been a long, slow process, but I’ve been doing that.

But a key part of that was finding a sense of safety in the identity of “writer.” It’s difficult to call yourself a writer. When you go to a social gathering, for example, and someone asks you what you do, if you say that you’re a writer, then you’ll certainly be asked what you write and where you’ve been published. I have a handful of publication credits now, but that’s all just been in the last few years.

It felt ridiculous, but I conquered this with one simple tool: the bathroom mirror.

Every morning, I woke up and looked in the bathroom mirror and said: “I am a writer.” I’d repeat it over and over again. At first, it felt incredibly silly. But, over time, it became just another part of the morning routine. That identity—“writer”—became as important to me as brushing my teeth: it’s important for my health, but I don’t have to think too much about it.

Natalie helped me along, of course. She pushed things a step further. She would introduce me to friends in her photography and theater worlds, “This is my husband, Stephen. He’s a writer.”

Before long, I found myself doing the exact same thing. I started claiming that identity for myself: Stephen Hebert, writer.

What does it take to claim your inner artist?

The first week of Julia Cameron’s The Artist’s Way deals with finding a sense of security in nurturing your inner artist. Cameron posits that we all have an artist inside us, a creator that can tap into the productive power of the universe (what she calls “God”), a maker that we’ve blocked by becoming adults in this world.

She’s right. But what does it take to safely claim your inner artist?

For many years, I thought that claiming to be a writer meant that I had to publish a bunch of stuff via traditional publishing avenues. Likewise, if someone were to claim to be a painter, we might expect that they’ve had their work hung in galleries and sold to collectors. Filmmakers have had their films produced and screened at theaters.

Wrong! You don’t need the imprimatur of a publishing company to determine whether you’re a writer. All you need to do to become a writer is write!

What did I do during this first week of The Artist’s Way?

Thankfully, much of the work of Week 1 of The Artist’s Way is work that I’ve done and put behind me. Cameron offers the reader some inspirational stuff, some nuts-and-bolts activities, and she also fills it full of advice in the form of pithy quotes from people you’ve probably heard of. It’s helpful and fun to read!

The key to recovering that sense of security, the key to feeling safe to claim your artist, is simply to remove all the obstacles that keep you from doing that. Cameron’s two helpful activities here can be summarized as follows:

Let’s look at each briefly…

We all have a critic that lives inside us, a little voice that loves to tear us down. In Steven Pressfield’s world, this little voice is just part of the resistance that manifests itself to keep you from doing the creative work that you feel called to do. That critic is a destructive little bastard. He loves to find every single thing that could be wrong not only with what you’re doing, but with how you’re doing it. My inner critic, for example, really loves to tear apart the fact that I have a certain routine for writing. That critic finds ways to tell me that I need to buy books on writing and see what other writers are doing because maybe if I read more about that then I would be able to incorporate it into my routine. The result, if that inner critic had his way, would be that I would spend tons of time reading and thinking about writing, but no time spent actually writing.

You’ve got to quiet that inner critic. Silence that negativity.

Cameron asks you to do something powerful. These little statements and nagging questions that the critic makes, Cameron calls them “blurts,” and she encourages you to write them down.

Write all of those down. Put them on the page so that you can see them and confront them. Exorcise these little demons by exercising your pen.

Once you’ve got the blurts down, it’s time to turn them into affirmations. Reverse what the critic is saying so that it becomes a positive statement about your inner artist and your work.

For example, we might investigate this blurt: You haven’t lived an interesting life. What makes you think you can do this? I did actually write this one down in my notebook. It came out during Morning Pages. But when I look at that statement, I know it’s not true. I’ve had all sorts of interesting experiences. So, I listed them as proof to myself that I’m living a very interesting life. Then, I looked at this list and I wrote out this affirmation as a response to that blurt:

I have a unique story to tell.
I’m the only me in the whole world who can tell it.

That’s unassailably true, isn’t it? No one sees the world exactly like I do. Now take that affirmation and write it down five times. Soon, just like saying “I am a writer” at your reflection in the bathroom mirror, your soul starts to buy into these things you’re telling yourself.

This is an exercise in self-compassion. Can you love yourself enough to allow yourself to work through all of that crappy stuff the critic says, the stuff that resistance dredges up, so that you can find your inner artist?

The second activity that I found useful was making lists of people who had built up my creative aspirations and people who hadn’t. I remember, for example, the way that my high school teachers loved my writing, how it felt when they’d read it in front of the class. So, I put down some of those teachers on my list of heroes. Do the same for villains. Who said you couldn’t do it? Who said you shouldn’t do it? Write those names down too!

After that, I picked out a couple of them—one hero and one villain—and I took the time to write the story, to think back and find that moment where they really became the hero or the villain. I chose to write these stories in third person. Doing so removed me from the scene. This simple choice, to change “I” to “Stephen,” allowed me to gain a level of objectivity about what was going on. It also allowed me to ask some key questions that I think would be harder if I was stuck only in my limited, first-person perspective:

In re-telling these stories, I gained some objectivity about them. I could remove myself to a certain degree and think about which pieces of the story rang true and which rang hollow.

I highly recommend you do the same! See if it works for you…

Now, it’s time to claim it.

At the end of the day, this first week of The Artist’s Way was about finding safety in my true identity. By doing the regular work of Morning Pages and the Artist’s Date and combining that with the two activities above, I feel like I reinforced my identity as a writer.

The work that we do inside often manifests itself on the outside. To become an artist, you really have to start by believing that you are one. You have to free yourself from worrying that people will think you’re an impostor or a fraud. To do that, you have to know in the depths of your soul that you are who you are. You have to convince yourself of the thing that you already know is true: you are an artist.

Now, go out there and claim it!

Get the latest posts delivered right to your inbox 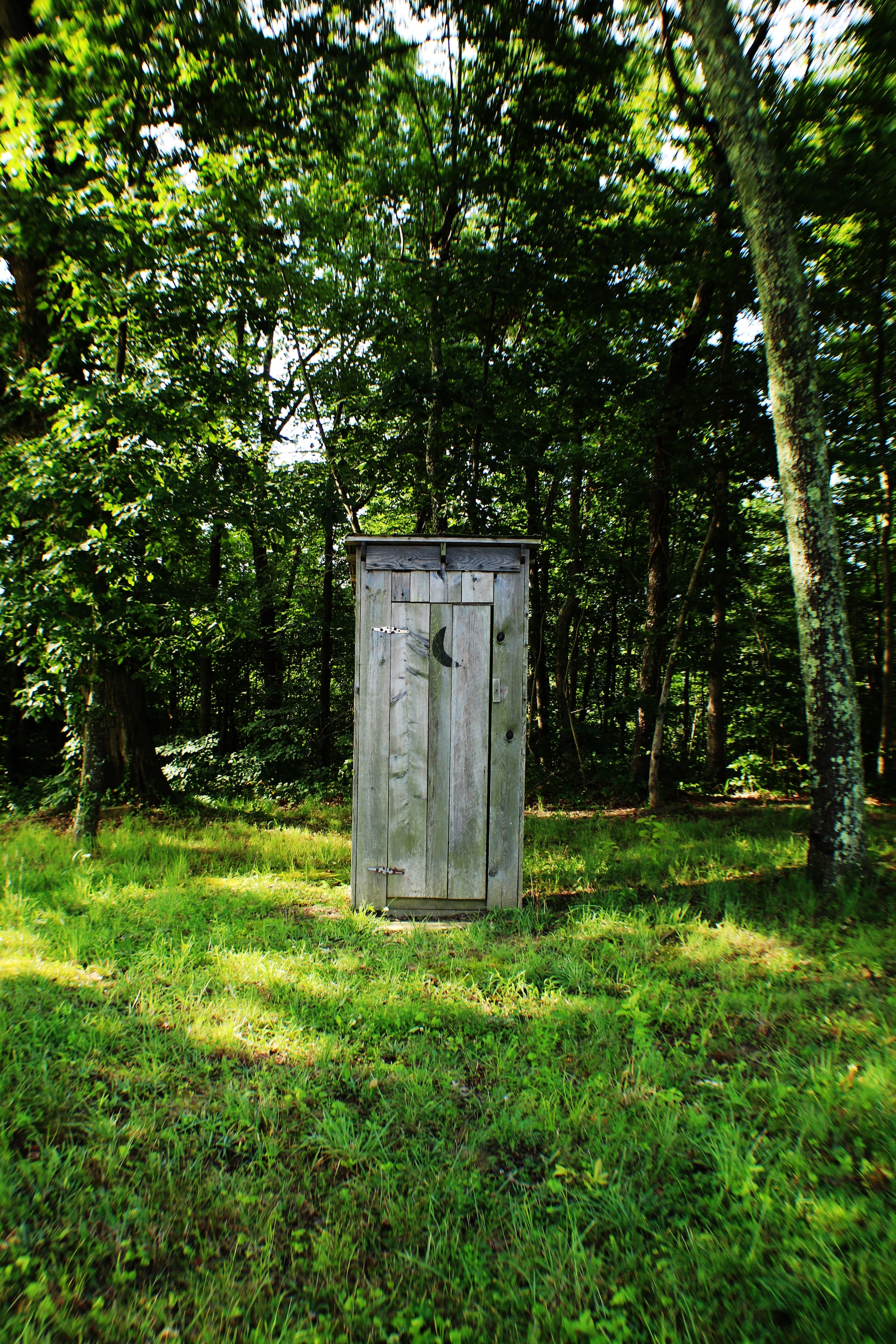 Gus, you don’t seem in the least embarrassed about this predilection for peeing on pines, on pansies, on patches of grass, greenery, or gravel. 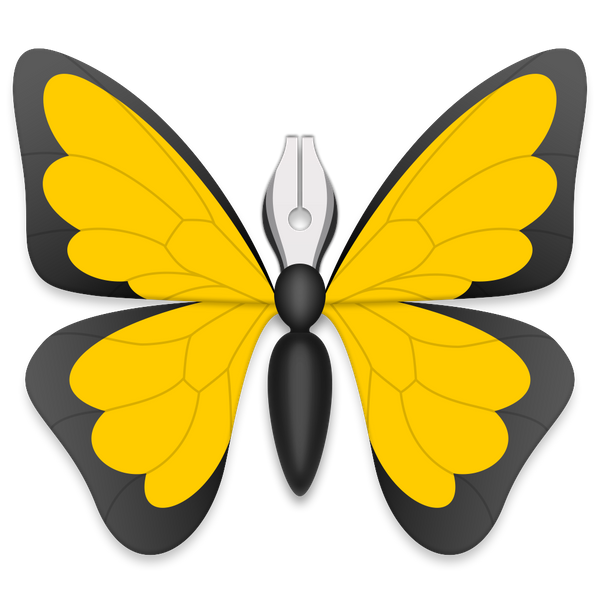 The newest feature in Ulysses may help me make the jump to using it for ALL of my writing.